During the Corona-crisis I like to remind myself and I, to times better than this.
I will try, on the fly, and with a little bit of organising,
To supply all of thy cries and tie,

Tie what? Maybe my shoelaces, otherwise I don't really know what to tie. Rhyming in English is a bit hard apperantly.

As the days pass, I remembered I used to type long stories every week not so long ago. I quit doing that after moving to Rotterdam and life got in the way of the keyboard. Now my life has slowed down again during the self-quarantaining. The possibilities of activities is shrinking rapidly. For example, I cannot go to the climbing gym anymore. So the genius that I am, I am buying gear to train at home. Before I know it, I'm on my lunchbreak on my bike to the Decathlon. READY TO BUY SOME FITNESS GEARRRRRRawr, YES I FEEL LIKE A BEAST. I get to the Decathlon and ask where I can find the fitness gear. An employee tells me up the escalator and turn left immediatly after reaching the next floor. No hesitation in the answer, no weird look, not anything, just a friendly instruction towards the fitness gear. But apparently Dutch people are as afraid of not being able to fitness, as not being able to shit. So all I found? Was nothing. If I decided back than to write a story I would have taken a picture. But sad me was not aware of this turn of events, so  instead just imagine being in the Albert Heijn and looking toward the toiletpaper isle, but than you are not in the Albert Heijn, but in the Decathlon. And no, people don't poop as sporting, so you're not in the toiletpaper isle anymore, but in the fitnes gear isle. You know what, you also might imagine people pooping as a sport. A little like this.

(For the non-Dutch readers, it says: "Kevin, I beg you. Just press out a little point.")

I don't really understand the way of scoring points though, is it the amount of turds? Or based on size? Please, someone, elaborate for me. Can it be done in teamplay?

With all this out of my system, there were a couple of photo shoots I wanted to tell you about. One of them is a bit personal. Not about me, but about someone you might now. This person was on a queste. A queste to find some booty in Japan. People of Japan don't judge you on what type of organism this booty comes from, so he looked left and right, up and down, inwards and outwards, tinwards and turtwards. He looked everywhere. Untill the magical moment finally came. And. He. Found. Some. 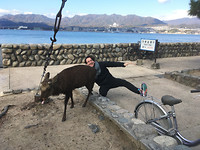 This clarifies why this specific anonymous guy talks so much shit all the time.. And seeing the story I'm writing, I think it might be contagious.

This is actually not what I wanted to share. I wanted to share the event that occurs before this wonderfull event. Eating. So without further ado, here a long summary of all the food that I ate.

Well, I just found out there are 47 pictures of food from Japan. The way this site is organised, is that it sorts my photo's by the time the picture was taken. Not all the pictures were taken in succession, I'm not eating 47 diners after eachother.. Altough, that would be a major point no? Or maybe alot? What it definetely is, is a hell to go through and organise, so no food pictures for you. If you really want to, maybe install Instagram and try your luck there.

Anyway, luckily there was another shoot which I did not share with you readers yet. So the anonymous guy always told me and  tells everyone he had such a blast in Japan. 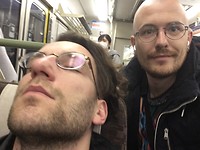 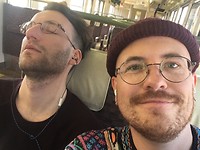 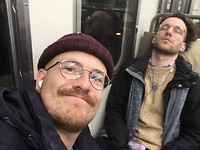 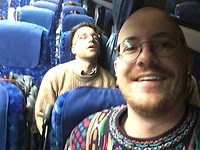 Does not look like it, that's for sure.. Well, 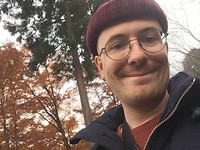 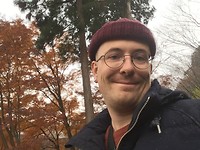 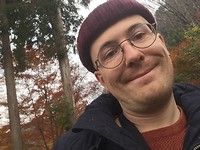 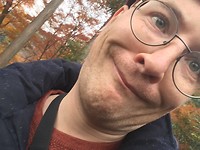 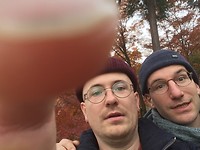 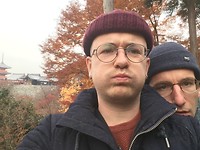 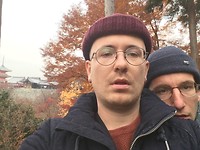 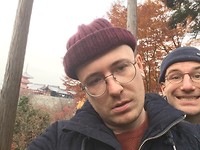 Wait, why do I still look tired in the last picture?

Aaaaanyway, what also was enjoyable, was the walk I took last weekend in The Park. First off, the name The Park is a great name for a park. I think I will call my child Baby Kid Puber Adolescent Adult Midlifecrisis Oldperson Jansen, and based on his stage of life I will call him accordingly. Why didn't anyone else think of this? You got to give Rotterdammers this, they are creative as shit! Amazing.

I was wondering if The Park would be walkable. I was a bit worried that all the stupid shitfucks who went to the beach and other the parks AND COMPLAINED on the internet that there were to many people, would now be in The Park. But I was early and almost alone. That was kind off nice. Very nice actually. The Blue Flowers, and the Yellow Flowers as well, came from the underground to make The Park beautiful.

You read how yellow flower is much better to understand, instead of aSpArAgAlES amArYllIdAcEAe? I rest my case.

So I will end this blog, with a competition. I have a price for the person who guesses the answer correct! Oh my, is that exciting or not?! Okay, here goes. While I as walking through a museum with the cracksniffer who likes to go anonymous, I hid my own sniffer. Guess where I hid mine an WIN!